Television reception problems can be caused by:

Generally with digital television you either have an excellent picture or you have no picture at all. However, at the threshold point you may notice the picture breaking up into multi-coloured squares of varying screen coverage. If this happens the audio will usually also become broken and disjointed.

See What television interference looks like for more information.

What you can do

We recommend getting your equipment serviced or checked for faults before taking any further action.

See What to do about TV reception problems for more information.

To prevent interference, we recommend that you do the following.

Only buy equipment with the RCM

The RCM (Regulatory Compliance Mark) indicates that the electrical and electronic product: 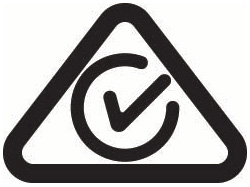 Move your aerial away from electrical noise

Electrical noise from electrical and electronic items, including domestic appliances and power lines, can may interfere with reception. Locating the aerial away from these sources — as well as from household wiring where possible — will assist in reducing interference.

Experience has shown that very often the cause of interference will be found in the household affected, and may be solved by the householder. To confirm your reception problems are caused by external interference, and not by incorrectly installed equipment or interfering equipment installed in your home, read this page first.

What to do about TV reception problems

If you can't resolve the problem yourself, we recommend you contact your local service technician in the first instance. If they're not able to resolve the problem for you, we can provide an interference investigation service for television reception problems within the coverage area of the television station affected.